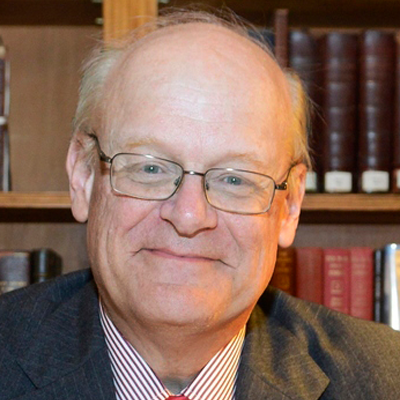 In 2018, Harvard’s Donald Yacovone published in the Chronicle of Higher Education a review of 3,000 American-history textbooks stretching back into the 19th century. He was looking particularly for how these textbooks handled the subject of slavery—and was appalled (though not entirely surprised) that they depicted slavery as a benign institution where “untutored” blacks could “enjoy picnics, barbecues, singing, and dancing.” My own schooling, in the 1960s, mainly ignored the topic; the innovative American studies program I enjoyed at my public high school in Pennsylvania began with the Articles of Confederation and the Constitutional Convention and got to the Civil War in four weeks without a sideways glance at slavery.

We have preferred to diminish slavery because of the uneasiness with which it sits beside our founding propositions about equality and liberty, and for the price we fear we might have to pay for exhuming it for full pedagogical display. But I would suggest that neither anxiety is really justified, and we can best begin to understand that by looking at the early decades of the Confederation and the Constitution.

We should begin by helping students understand that the American economy of the 18th century—and the work people did in it—was barely emerging from the Middle Ages. As Robert J. Gordon documents in The Rise and Fall of American Growth, this was a world where 50 pounds of wood or coal had to be split or toted every day for every household, where 50 gallons of water had to be hauled every day from pumps or springs for washing or cooking, and where forced labor of varying kinds was the general solution. Servitude—in the form of redemptioners, inmates, convicts, slaves—pervaded societies; in colonial America, as many as 60 percent of people between the ages of 15 and 24 were servants, and even independent skilled artisans worked for patrons rather than customers. Legally, servants were “free,” unlike slaves, but only under very restrictive circumstances. Practically, the line between servants and slaves was thin, almost to the point of invisibility, except for the factor of race. Forced labor, in short, was the “normal” condition of most people in the Atlantic world on the eve of the American Revolution.

All this, however, was undergoing a major shift in the decades of the Confederation and the new Constitution. Between 1750 and 1850, service in America yielded to independence, patronage evaporated, and (as Alexis de Tocqueville noted in Democracy in America) “everyone works to live” and assumed that “work is a necessary, natural and honest condition of humanity.” And with these changes, slavery likewise lost the sense of being a normal or inevitable condition; hence, the rise for the first time of an abolition movement. The Constitution is a silent reflection of this change, simply because the Constitution contains no provisions for the regulation of labor apart from a single ambiguous direction that “No person held to service or labour in one state, under the laws thereof, escaping into another, shall, in consequence of any law or regulation therein, be discharged from such service or labour, but shall be delivered up on claim of the party to whom such service or labour may be due” (article 4, section 2) and the delegation of authority to Congress to terminate the “importation” of “persons” beginning in 1808 (article 1, section 9).

Although it is possible to view other provisions of the Constitution as implying a legitimatization of slavery, the document sedulously refuses to use the terms slave or slavery. As Roger Sherman, who sat in the Constitutional Convention for Connecticut, insisted, the Constitution must make no concession “acknowledging men to be property.” And this refusal to grant legal countenance to slavery was how subsequent generations understood the Constitution’s intent. It gave substance to what James Oakes has called “the Antislavery Project” and inspired abolitionist leaders, from Frederick Douglass to William Henry Seward, who insisted that the Constitution established freedom as the national norm. Abraham Lincoln believed, in 1860, that “this mode of alluding to slaves and slavery, instead of speaking of them, was employed on purpose to exclude from the Constitution the idea that there could be property in man.” Even Southern slaveholders squirmed to admit that, as one of them wrote in 1857, “without the need of infringing the letter of a single article of the Constitution . . . Negro slavery may be thus abolished, either directly or indirectly, gradually or immediately.”

We ignore slavery, and its catalog of horrors, only when we are careless or deceitful. At the same time, we should not lose sight of how the American founding coincided with a vast reconception of the meaning of work and labor, a reconception that signaled the beginning of the end of the varied forms of forced labor, from service to slavery, and that the Founders’ generation had already glimpsed, however distantly. It will be the task of today’s students not only to grasp the significance of that revolution but also to remain vigilant against the various modern forms in which forced labor seeks to regain a position in our world.